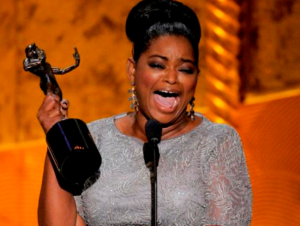 Details:  According to Hitfix, OWN is developing Tulsa, a two-night miniseries set to star Oscar winner Octavia Spencer (The Help). The miniseries will tell the story of the largest race riot in U.S. history, during which 300 people are believed to have been murdered in Tulsa, Oklahoma in 1921, a story OWN says was covered up for decades.

Spencer will be playing the role of Mattie Clay, a journalist who moves back to Tulsa after a stint in Chicago where she must « face the demons of her past and decide where her future lies. »  The miniseries will be executive produced by Nancy Miller (Saving Grace), and co-executive producers are Valerie Woods (Soul Food) and Dayna North (Single Ladies